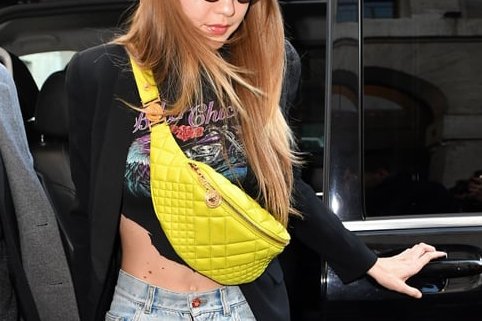 Whether you love them or loathe them, fanny packs are a topic of fashion buzz dating back to arguably the 1950s. From must-have festival bags to high-fashion statement pieces, the handy pouches’ origins were designed to serve as functional and convenient mini packs that have had quite the evolution into today’s modern society.

The Rise and Fall — and Rise Again

Like a Phoenix rising from the ashes, the fanny pack is back, with no signs of fizzling out of the mainstream market anytime soon.

Origins of the convenient pouch remain unclear — some mentions seemingly date all the way back, 5,000 years ago, to the Ice Man, whose mummified body was found wearing a fashioned belt with a pouch attached. Recent legend has it that the fanny pack was invented by an Australian woman in 1962 who was inspired by the pouch of a kangaroo. Whether we chalk that particular possibility up to urban legend or not, the combination of belt and bag has existed in different iterations across varying cultures and eras due simply to the concept’s utility. Similar designs to the modern fanny pack over time have included the Medieval Scottish sporran (in a day where most clothes did not have pockets, belt bags just made sense), and the chatelaine purse, a stylish Victorian era belt bag.

The Scottish sporran was born out of necessity for pockets

The chatelaine purse was hooked to a sash, belt, or waistband

One of the first memorable mentions of the modern fanny pack (and the name) came in a 1954 edition of Sports Illustrated. It was featured on a Christmas gift ideas list. The $10 bag was described as the perfect gift for cross-country skiers, cyclists, hikers, and equestrians. In the ‘70s, the Swiss had their version as the “stomach bag,” which served as a holder for sandwiches, snacks, money, etc.

Over time, the mini backpack’s functionality for athletes, adventurers, and tourists turned into a full on fashion spotlight after the era-defining athleisure trend of the ‘80s. Adweek named the fanny pack the “Hottest Product of the Year” in 1988, with Chanel, Gucci, and Nike getting in on the game. The fanny pack then became a fashion mainstay in the late ‘80s and early ‘90s and was rocked by style-influencing celebrities, including Will Smith and New Kids on the Block. So, how did such an iconic accessory lose its popularity?

The Fall From Grace

Like many trends before it, it was ultimately overexposure that caused the fanny pack to fall out of fashion grace in the ‘90s and ‘00s. The once beloved accessory became passé, a tell-tale marking of a once scorned dad style. It was mocked everywhere from Seinfeld to Weird Al Yankovic’s “White & Nerdy.” If you asked any fashion sensible person in the mid 2000s if the fanny pack would come back in style, they likely would have given a resounding no. However, the resurgence in popularity was inevitable.

Around 2016, the fanny pack’s new era took off with streetwear giant Supreme’s FW17 fanny pack launch, in addition to popping up in several other 2017 fashion week collections. By 2018, fanny packs made up 1% of fashion accessory sales and generated nearly 25% of the industry’s growth, showing that the belt bag was officially back.

Today’s versions of the fanny pack come with modern twists, primarily the move from the “fanny” to the chest — and even the foot. The trend has been updated by adapting the style to be worn across the chest rather than across the waist, with modified designs being made once again by high-end brands like Valentino and Louis Vuitton.

In 2019, fanny packs are still going strong. It seems like every brand has its own version, from streetwear titans like Stüssy and Champion to luxury fashion houses like Prada and Balenciaga. And, of course, mainstream retail brands, like Urban Outfitters, are stocking them too. The trend is openly sported by celebrity style influencers today, like A$AP Rocky and Bella Hadid.

Where will the trend go from here? Only time will tell, but we have a feeling this versatile and useful bag is here to stay, in one form or another.